10 Good Reasons Why Women Gave Up on Beauty Salon Procedures

16 Kids Who Can Win Over Millions of Hearts in Seconds

19 People Who Had Some Super-Cool Neighbors Onboard a Plane

16+ Stories About Animals That Made Us Feel Warm Inside

8 Online Conversations That Are Full of Real Drama

© 2014–2020 TheSoul Publishing.
All rights reserved. All materials on this site are copyrighted and may not be used unless authorized by the Bright Side.

Iceland Is Mourning the First Glacier Killed by Climate Change, and This Is a Message From Nature to All of Us

In the next 200 years, all 400 Icelandic glaciers, which cover 11% of the island-nation, will disappear according to scientists. Okjökull glacier is the first glacier in Iceland that has been officially declared as dead due to climate change. People held an official funeral for Ok (which is short for Okjökull) and placed a memorial plaque on the site of the former glacier to send an important message to the future.

At Bright Side, we’re concerned about ecological problems and couldn’t ignore this tragic situation. We’re sharing the story of the Okjökull glacier with you to raise further awareness of the consequences of climate change.

A funeral for the glacier

On August 18, the first-ever funeral was held for a melted glacier. Okjökull was once a remarkable masterpiece of nature but surrendered to the horrific influence of global warming. 100 years ago the glacier occupied an area of about 6.2 square miles (16 square kilometers). Today, it measures at a mere 0.38 square miles (1 square kilometer) in size. 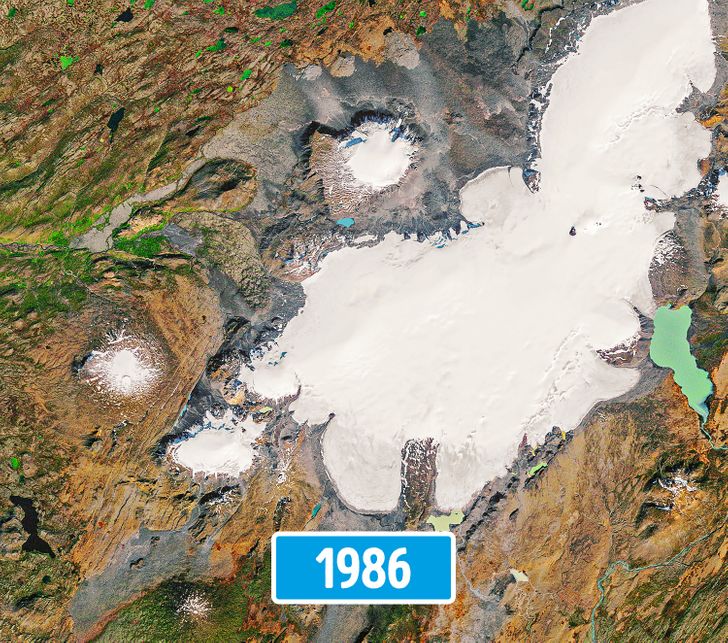 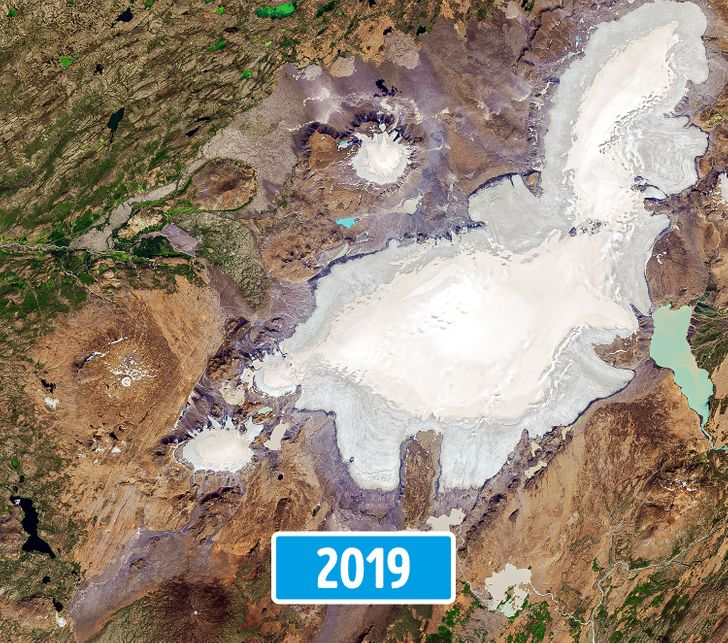 The Icelanders, devastated by the loss, organized a public ceremony in order to draw attention to the inevitable consequences of climate change.

The funeral took place on the top of the Ok volcano that the glacier used to cover. Now the crater has become a lake, making it the highest lake in the country. The ceremony was attended by 100 people.

The delegation unveiled a memorial plaque, which is supposed to serve as a warning to the future. The message was written by the Icelandic author, Andri Snaer Magnason, both in English and Icelandic.

"A letter to the future. Ok is the first Icelandic glacier to lose its status as a glacier. In the next 200 years all our glaciers are expected to follow the same path. The monument is to acknowledge that we know what is happening and what needs to be done. Only you know if we did it," the writing on the plaque says.

Below it features the figure "415 ppm CO2" which refers to the highest ever amount of carbon dioxide recorded in the atmosphere as of May of this year.

Cymene Howe, an anthropologist from Rice University in Houston, Texas, said that by installing the monument they hoped to draw attention to the real aftermath of Earth's disappearing glaciers. Not long ago, he and his colleague Dominic Boyer presented a documentary called "Not Ok", which featured the story of the melted glacier.

Can a glacier die?

In 2014, Ok was declared a dead glacier since its ice masses were no longer moving. The glaciers are formed from snow which becomes compacted into ice over time. The growing weight makes glaciers move down slopes, pressing themselves into huge, thick ice blocks.

However, due to the rising temperatures and consequential melting, Okjökull became too thin to flow and entered stagnation. When this happens, a glacier is officially considered dead.

Why glaciers are important and what their loss would mean

Glaciers currently occupy 11% of Iceland. They spread over 2,236 miles (3,600 km) in water, meaning that if melted, they will raise the global sea level by 1 cm. Moreover, glaciers lie on top of volcanos, creating natural shields. Once they melt, the entire Icelandic habitat will be threatened.

Finally, these huge bodies of ice are Iceland's greatest freshwater source and are responsible for 1/3 of their rivers' runoff. According to Boyer, Iceland currently loses 11 billion tons of ice mass every year.

Concerned with the perspective, Katrín Jakobsdóttir, the prime minister of Iceland, wrote a column for The New York Times in which she encouraged the world to come together in the battle for the planet and announced that Iceland would aid in reaching carbon neutrality by 2040.

However grim the future seems, we still have time to make the right steps and save ourselves from a major catastrophe. What measures do you personally take in order to help the environment? Share your tips with us.